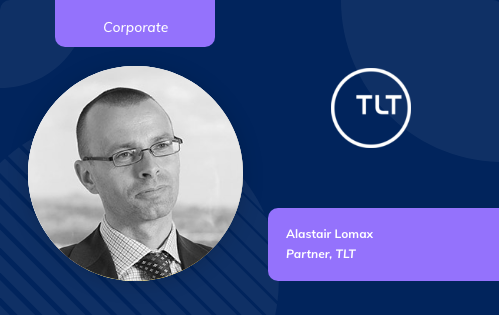 The changes to the technical capability and digital infrastructure in law firms in recent years has transformed working practices and clients’ expectations of their advisors. This is arguably even more pervasive in the mid-market than in the elite firms and Magic Circle.

We asked Alastair Lomax, a restructuring partner at UK law firm TLT, to share his thoughts on how technology might change the way mid-market corporate teams operate post-pandemic.

An increase in deal activity is on the horizon

Although the fallout from the pandemic is far from predictable, there’s a general consensus that a spike in deal activity is likely in the not-so-distant future.

The impact of the lockdowns for some businesses and sectors is proving irreversible, leading to a need for significant restructuring and divestment of non-core assets. The summer of 2020 offered up an unexpected deal spree and as government support for beleaguered businesses inevitably starts to be withdrawn, we may again see a surge in M&A and restructuring activity.

“We’re projecting a significant spike in activity,” says Alastair, referring to his area of expertise in restructuring. “The timing of it will be driven by government policy and the market, but there will be a tipping point. And, when this happens, everybody will have to act quickly to make sure that enterprise and asset values are protected and, if possible, enhanced.”

With speed and agility being dominant differentiators in the corporate deal-making space, having the right technology in place to react quickly and work efficiently is going to be important for the law firms battling for market share.

A sharpened focus on innovation

To use topical language, at Clarilis we’re starting to see a ‘second wave’ in the acceleration of digital transformation provoked by the pandemic. The first wave very much focused on connectivity with tools such as Zoom and Teams taking centre stage as the working world adapted to widespread remote working. What’s emerging now is a bigger appetite to invest in automation technology that drives efficiency to help lawyers manage an anticipated rise in workload.

This is something Clarilis is already helping law firms like TLT to achieve through the implementation of our intelligent approach to automated drafting.

“It's like magic, or some strange form of alchemy, where you hit a button and suddenly, you're presented with a suite of documents,” Alastair says of TLT’s experience of Clarilis. “They're not the finished article, but they're worthy of probably a week's work for members of the team to get to that point. This is freeing up large amounts of time within the team to do more strategic tasks.”

Meeting the elevated expectations of clients

Speed, efficiency and the attractive impact on profit margins, are obviously key reasons law firms are investing in LegalTech, such as document automation. But sometimes the pressure comes more directly from clients. What the pandemic seems to have unearthed is a growing presumption that advisors can use technology to rapidly replicate and deliver the latest industry best practice.

“Some things that took years to evolve, maybe even 10, 20 years ago, they’re now happening within a year,” says Alastair reflecting on the increased pace of change. “In the past, after doing a piece of work that was unique and groundbreaking, you could expect to dine out on that for an extended period of time. Now, it’s packaged up in widgets within months and everybody's doing it, and there’s a client expectation that goes with that.”

Embracing technology to nurture the lawyers of the future

Technology is definitely unearthing new opportunities for mid-market M&A teams. But achieving the scale of benefits innovation offers relies on firms nurturing a tech-positive mindset. And this is often influenced by the new generation of lawyers rising up the ranks.

“The expectations of new recruits are very different from when I started out in my career,” Alastair admits, talking about the role of technology in capturing the attention of new talent. “They're coming in with new ideas and a savvy approach to technology and what it can do. If you ignore the value that they can bring, I think you're going to be out-competed by other firms who do ‘get it’ and who are prepared to move with the times.”

Innovation and what’s next on the horizon? | Clarilis

Using digital transformation to accelerate the pace of deals | Clarilis