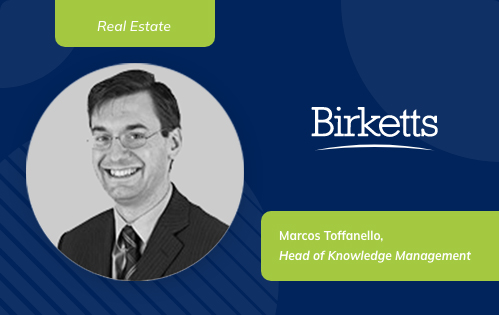 The recent changes in the world of work have thrust digital technology into the spotlight. But the truth is, much of the new technology embraced lately isn’t that novel at all. Did you know Zoom has been around since 2011? However, what is new is the drive from law firms to actively pursue digital options and the readiness of (many) lawyers to accept them as BAU.

In this leadership mindset interview, we explore whether there’s anything more than lingering pandemic panic fuelling the ongoing interest in LegalTech? And we do this by asking Marcos Toffanello, Head of Knowledge Management for Birketts, to reflect on the wider business factors that led his firm to adopt automation technology, pandemic or no pandemic.

Why do lawyers need automation technology?

Back in 2016, the Birkett’s Real Estate practice was one of the first legal client teams Clarilis worked with to implement a Clarilis automation. Since then, we’ve worked with the firm to roll out our automations to multiple areas of the business. In discussing why Birketts continues to invest in automation, Marcos outlined three drivers that present a compelling business case for digital innovation.

1. Reducing the drafting legwork for a process-heavy practice area

“Most of the work undertaken by property lawyers is not terribly complex, but it is certainly process-heavy,” Marcos tells us. As a self-professed ‘property lawyer in recovery’, Marcos has 25 years’ legal experience behind him to validate this perspective. “Whether it’s leases, sale and purchase agreements or property management, there’s a lot of standardised template documents in real estate work. And let's be honest, creating first drafts isn’t where a lawyer adds value to a transaction.”

Marcos goes on to explain that by automating these more routine elements, they’re now able to delegate more of the early drafting to a junior lawyer or a member of the support team. This not only means they get the first draft to the client quicker, it also frees up more expensive, senior lawyer time to focus on the complex legal issues driving the transaction. 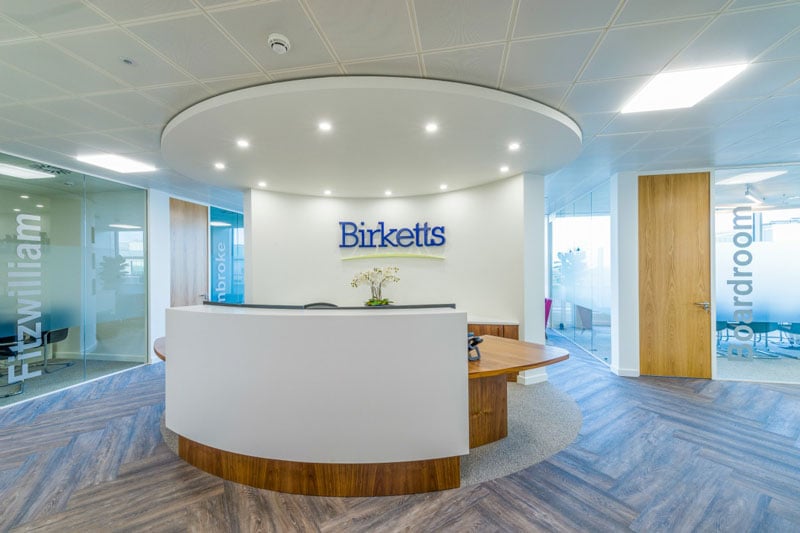 2. But can you do it faster, cheaper, better?

“A lot of real estate work is fixed price,” Marcos explains when asked how automation can ease the pressure on profit margins. “And then there’s the client expectation that they should get more for the same price, which actually means for less because everything else that we're doing is becoming more expensive. Our lawyers are becoming more expensive, our rents are going up and often fees aren’t matching these rising overhead costs.”

To outpace rivals, firms like Birketts, are using document automation to work smarter. “Once you've agreed what you're going to get paid for the job, the focus shifts to how to do that job as efficiently as possible to keep within the budget,” Marcos says. “Filling in a Clarilis questionnaire takes about 15 minutes. From this, we typically get an 80%-ready first draft. This effectively means the client is investing in the last 20%, and that’s the unique part of the deal that’s makes the biggest difference to them.”

“Automation takes some of the risk out of the early drafting process,” Marcos says, reflecting on the inherent capability of technology to complete repetitive tasks more consistently than humans. This is a risk that’s becoming even more prevalent now there’s pressure to extend the offer of remote working options to new entrants to the legal profession.

“At the moment, we have to consider that people aren't always working in an office, and this means they can’t consult their supervisor in the same way they would’ve done in the past,” Marcos warns. “This brings an increased risk of mistakes not being picked up. But what we can do to prevent this is to de-risk documents by using automation to constrain the way they’re produced in the first place.”

“This means accidental drafting errors aren't going to happen because you’ve designed out the risk of leaving in errant words,” he goes on to explain. “For example, the Clarilis questionnaire dictates that if you give response ‘A’, you only get drafting that's associated with response ‘A’, and you don't get any of the response ‘B’ alternatives.”

How to get lawyers to adapt to this new way of drafting?

The success of any automation, and indeed any other LegalTech implementation, always boils down to how well it fulfils its purpose. And Marcos is keen to point out that this isn’t all down to the proficiency of the tech provider. Instead, he suggests there are things that law firms also need to do to accelerate the adoption process.

1. Talk to your lawyers

Your automation is destined to fail if the people using it don’t see their problems resolved.

2. Choose solutions that are tech-light, easy to train and
simple to scale

Realistically, if it takes a degree in computer science to get lawyers started on a system, it’s going to fail.

“A solution isn’t going to fly unless your lawyers can pick it up and use it straight away,” Marcos delivers as his next truth-bomb. “For us, the attraction of Clarilis was that it’s tech light. It's a web-based interface so we don’t need to worry about what software to install. This makes deployment simple.”

“It also makes it pretty simple to train lawyers,” he continues. “We've got an inhouse video which is a 20-minute walk through of the key features of the Clarilis system. And the great thing is, it doesn't really matter if you're in real estate or employment – it does the same thing no matter what practice area you're coming at it from.”

“There’s a temptation that if it’s got anything to do with tech, the default is to say it sits with the IT guys and they should be the owners of it - this is absolutely the last place that should be driving it,” Marcos is keen to point out. “Your lawyers are much more likely to be advocates if they have some kind of ownership.”

And this leaves us neatly back with the opening point. If you remember nothing else, take away this – if you want your lawyers to buy into automation, whatever you do don’t make it a ‘tech thing’.

Reducing the graft of drafting, drives up quality in Real Estate | Clarilis