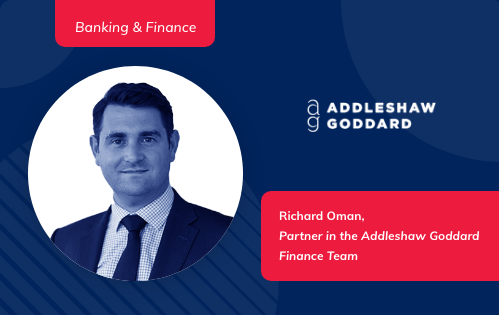 How are innovative law firms keeping pace in a legal technology stampede?

For an industry popularly labelled as tech-tardy, the world of commercial law seems to be awash with digital ‘solutions’. And at the same time as the noise around legal technology has intensified, so too has the determination of clients to squeeze more value from their legal spend. The reality is law firms today are well-accustomed to a regular grilling on their propensity to invest in innovation. This has spawned a prevailing vibe of ‘everyone else is doing it, so we should too’ when it comes to technology. While some firms respond by taking a scattergun approach to their investments in innovation, we advise looking to the pacesetters that are taking a far more focused approach to technology adoption.

So, how exactly are innovative law firms using technology to deliver real value? What’s driving these pacesetters in the race to digital transformation? And how are they maintaining their lead? We put these questions to Richard Oman, Partner in the Addleshaw Goddard Finance team. Here we share some of his reflections on what’s allowing his team to make such transformative changes to how they deliver legal services.

A focused approach to innovation

With pressure to be seen as innovative permeating the world of law, at Clarilis there are two common mistakes we see law firms make when it comes to legal technology. One is knee-jerk, box-ticking investments in poorly considered solutions. The other is trying to do everything at once and using technology for the sake of it rather than where it’s best targeted. However, what we also see is that innovative firms, like Addleshaw Goddard, have become highly skilled at avoiding such pitfalls.

Richard credits the Innovation and Legal Technology (ILT) team at his firm for making sure the investments made by his team and the wider firm are always carefully evaluated.

“Technology adoption is something that we’ve focused on in the Finance team for a number of years now, and this is driven twofold by firstly our desire as a firm to challenge the way we deliver work and embrace tech, but also by the close relationship we have with our clients, who regularly present us with legal challenges that only a technology solution could solve,” Richard says. “We've come up with various technology based ideas over the years and often our ILT team fairly challenge us, saying 'it's a good idea, but how often is it actually going to get used?’. One of the dangers of technology is sometimes you can have a solution looking for a problem. You can come up with a great idea, but if it's not actually going to have an application that makes a difference for your clients or your business, then there's absolutely no point in doing it.” 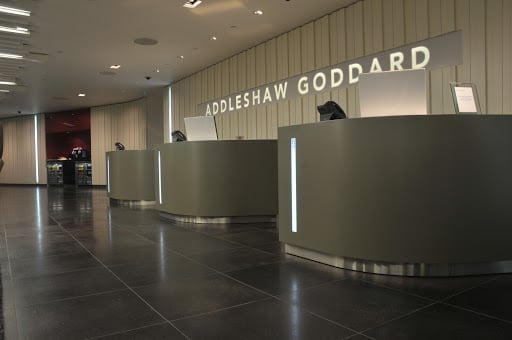 The positive, yet disciplined approach to innovation adopted by Addleshaw Goddard is allowing them to respond to the stampede of legal technology in a considered way.

“Banks in particular are very interested in what we're doing from an innovation perspective and I think they would be surprised and disappointed if their panel firms didn’t have a strategic approach to innovation,” Richard explains. “But it’s also about the environment we work in and the timescales we’re now working with. We work in a generally fixed fee environment and competitive market, which means we have to be efficient and technology allows us to do this, while driving innovation.”

To explain this further, Richard refers back to when AG first decided to approach Clarilis to automate an initial suite of banking precedents.

“At this point, we had problems with capacity in our team – our people were having to work too long and too hard getting first drafts of loan agreements out,” he recalls. “We also had increasing client demands and pricing pressure. Producing those first drafts shouldn't have been taking the time they were taking. We needed to be able to turn things around quicker, and this is where we saw tech could help us.”

Richard goes on to quantify the value they get from using automation technology to streamline the drafting process.

“Whenever I’ve used the document automation we’ve implemented through Clarilis, it takes a day out of the drafting process for the first draft of a facility agreement,” he says. “So, by using automation, we’ve found we can now focus on the parts that actually make the difference to the deal, rather than spending huge amounts of time simply getting to a starting point. But it’s also about accuracy – it’s about efficiency and risk mitigation. Automated systems don't get tired in the same way that humans do, so when you’re working at pace, mistakes are fewer.”

But what does the rise of legal technology mean for future lawyers?

With artificial intelligence and automation commanding bigger roles in accelerating the pace of legal processes, is the future role of the lawyer diminishing? If you’re fearful of technology for this reason, Richard offers an important but also reassuring reality check.

“In many ways it's the same challenge that we had when we first introduced our paralegal team – the Transaction Services Team – some of the concerns are the same, such as how are trainees going to learn if we take tasks away from them?” Richard points out. “It's important to recognise that document automation doesn’t deliver a complete, final draft. It's great at producing accurate and bespoke first drafts but there will always be that last 10-20% of complex elements that the lawyer needs to finesse. It also removes the need to do the more time intensive, less valuable drafting – amending 'facility' to 'facilities'. We don’t see this as taking a learning opportunity away from trainees; there is just as much learning to be had if the questionnaires are written well with appropriate guidance to get the lawyer thinking."

Friend or foe? What do junior lawyers really think about the rise of legal technology? | Clarilis